Dressing for the 2015 Academy Awards

In my last blog post I was critical of how some men were dressing for the Golden Globe awards and I stand by, wholeheartedly, the comments I made then. Sunday was the Academy Awards (also known as the Oscars) and I am obligated to comment on what I saw on the “Red Carpet” and throughout the entire evening.

Remarkably, it was like most of the men attending the Academy Awards read my recent blog post and decided to heed my advice. Tuxedos Sunday were prime examples of sartorial elegance, modern classicism, coupled with extraordinarily exceptional fits and perfectly matched accessories (for the most part).

Prada, Gucci, Armani, Lanvin, Brunello Cucinello among others strutted the Red Carpet the entire evening in their sartorial “best,” featuring trimmer, shorter and more contemporary silhouettes, paired with classic fabrics done primarily in black. The sheen on many hinted to Mohair and Wool blends, which I found especially elegant, matched up with self-tying bow ties, stud sets and pocket squares, adding a dash of formal class to properly finished Black Tie images.

“The devil is in the details” and apparently most of the men last night heeded that old tried and true colloquialism.

I was particularly impressed with the dress of the host, Neal Patrick Harris, who demonstrated almost perfect sartorial formal form. Each of his outfits (except when he came out in his underwear) were fit to a “T” and were accessorized with perfect combinations of bow ties, pocket squares and stud sets. Here’s a guy who pays particular attention to his image and it shows. His strutted wardrobe changes may have been the best fitting clothes I’ve ever seen on television and certainly at the top of last night’s sartorial food chain. Hats off!

In closing, then, let me repeat how impressed I was with Sunday night’s demonstration of proper men’s formal Black Tie dressing, which is why we always say…

P.S. Sunday night they did! 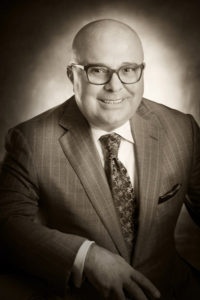 View All Posts By: Walter Piccone

Schedule an appointment today and learn what it truly means to Dress Passionately!